SciChallenge: A successful project for boosting STEM education and public

Scientific research and technological development are key to future European growth and prosperity and it is important to ensure that we actively encourage the next generation of scientists who will be responsible for leading Europe forward in this field. The main aim of the SciChallenge project was therefore to create awareness and engagement for science, technology, engineering and mathematics.

Due to the low enrolment rates in science, technology, engineering and mathematics (STEM) in many European countries, it is crucial to create awareness and engagement as these are also providing increasing job opportunities for the future. The SciChallenge project, which has been funded by the European Commission through the framework programme Horizon 2020 (H2020) in the course of the call “Innovative ways to make science education and scientific careers attractive to young people (SEAC-1-2014)”, aimed to make STEM education attractive among young people and stimulate the interest of the next generation of European scientists.

A core activity of the project was the preparation, implementation and promotion of the SciChallenge contest. It was launched in 2016 by providing a Europe-wide platform for young people to share ideas and compete with peers from other countries. The geographical scope of the SciChallenge contest included all EU-member states as well as the Horizon 2020 Associated Countries. The contest attracted participants from 28 countries, who submitted projects in 11 different languages and in two separate age groups – 10 to 14 years and 15 to 20 years.

The participants submitted their projects in 12 categories, which covered a total of 50 topics along a wide range of areas of scientific interest from stem cells to climate change, biodiversity to cybersecurity. The partners introduced a 2-step evaluation procedure, which combined an online social media rating and a review by a scientific jury. The evaluation resulted in 12 winning projects of the SciChallenge contest, which are presented on the SciChallenge platform. Along with other background resources, the winning projects can be assessed by students and teachers to provide inspiration and motivation for those considering a future career in STEM. 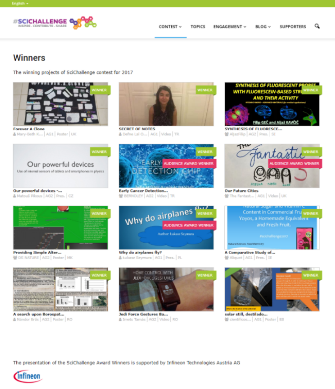 A final award event was organized in Vienna on July 21, 2017 within the framework of the Vienna Children’s University, where the winning projects were presented. A total of 561 people attended the SciChallenge Award Event, of which 284 were children and young people below 18 years of age and 277 were adults. Added up with the number of participants representing award winners, accompanying persons, consortium members and representatives of the Jury as well as of the EC, a total number of 625 attendees was present in the Auditorium Maximum of the University of Vienna, where the SciChallenge winners were awarded. Additionally, a science fair-like exhibition area was set up and after the official part of the award ceremony, the audience had the opportunity to get in direct contacts with the winning teams. 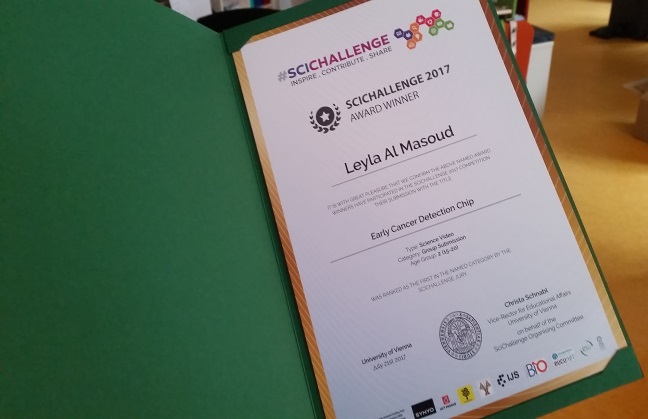 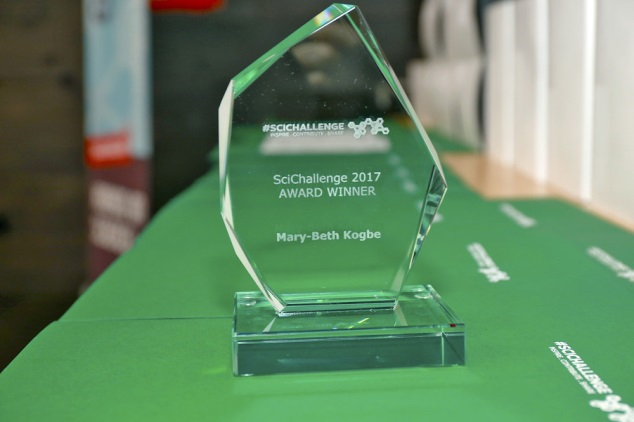 Furthermore, all participants at the SciChallenge Award Event were given the opportunity to vote for their favorite by three votes (ballot cards) – which could be either cast for one project or split between more than one project. Based on the number of votes, three winning projects were awarded with the SciChallenge Audience Award. The video from the final award event can be accessed HERE. 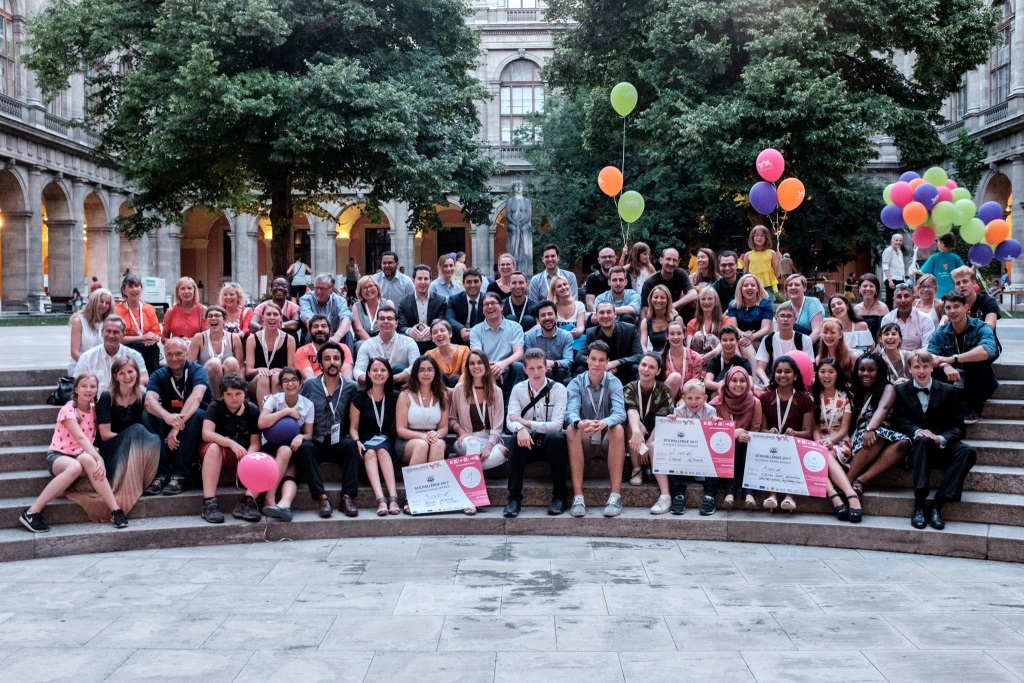 How to reach an impact

Especially the Facebook channel proved to be a major tool for creating interest among the young people. After the contest platform was opened for project submissions, the consortium launched a series of Facebook Ads targeting young people, which caused posts reach of more than 15.000. The contest and the ads increased the traffic on the SciChallenge platform tremendously.

The engagement resulting from these activities became apparent in the fact that more than 1.000 persons registered for the contest and 438 young people actually submitted a project such as a video, a poster or a presentation. Another indicator for the success of the project is the fact that – until the end of the project – all submissions gathered about 4 million views and more than 21.000 likes on the platforms where they were uploaded. Whereas the views can be considered as a softer indicator, liking content actually requires active engagement.  Especially the “likes” can therefore be seen as a robust indicator for the generation of interest. 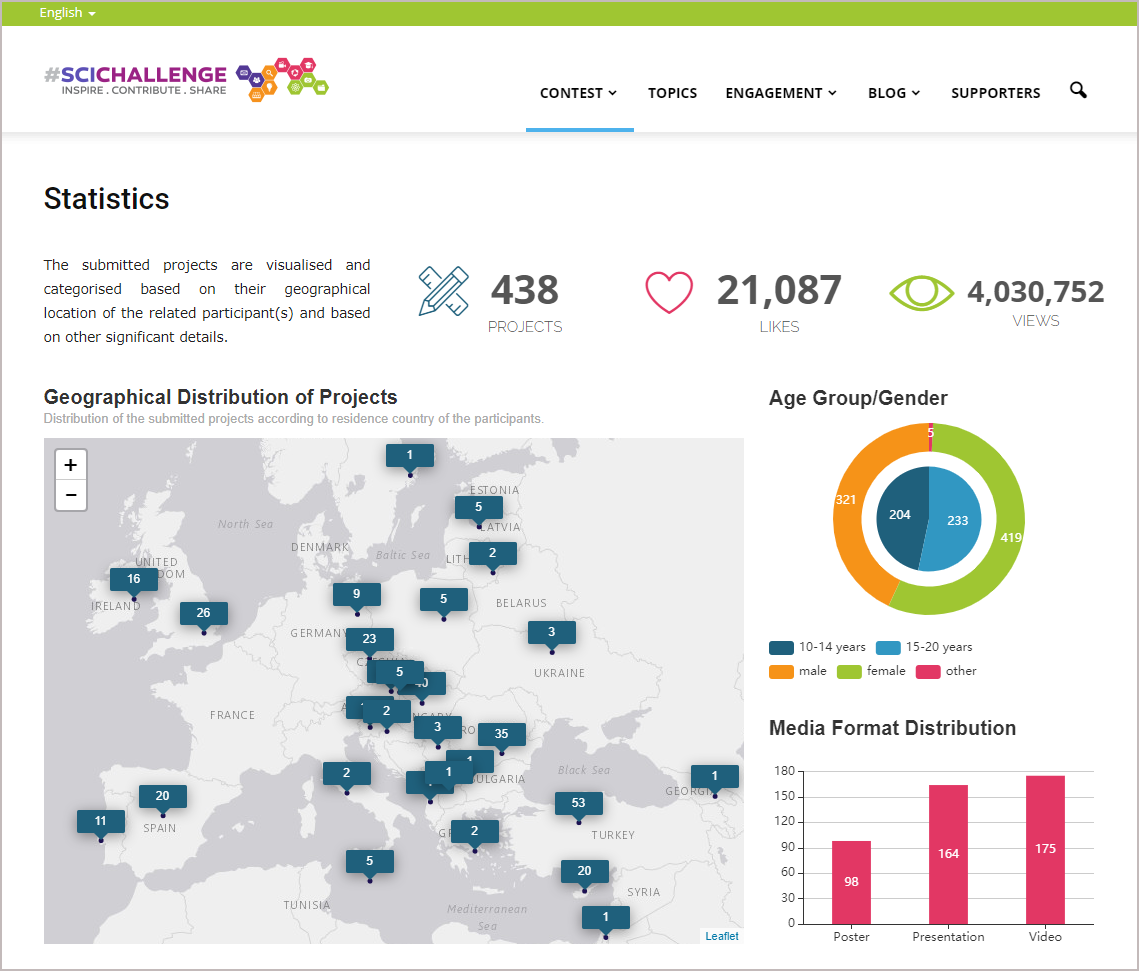 Major efforts were made to achieve a fair gender balance regarding the participants. Hence, the consortium put a strong focus on creating promotion material that is not biased. Furthermore, the platform was also designed in a gender-neutral way and the partners agreed that especially the communication needs to be aligned to the target. This holistic approach proved to be successful and resulted in the fact that actually more than 50% of the contest participants were female.

In general, the consortium was successful in increasing the interest in science by presenting the project on different occasions and through different media channels. Several newspaper articles, where consortium partners were quoted, were published in different countries. The project and the importance of STEM-education were for example presented in the Austrian state-TV, where consortium members were interviewed. Especially due to this broad media coverage, a broad audience was informed about the project in particular and the relevance of science education in general. The consortium hopes that the contest can serve as a model for future activities and it is intended to organise further contests at a European or even an international level.

MINDb4ACT: Radicalisation prevention through living labs interventions and future...
This website uses cookies to ensure you get the best experience on our website. By clicking on the button you agree to the use of cookies.
Scroll to top